This is how we work on physical preparation at SIA Academy

The physical preparation department is in charge of optimizing the players' performance by taking into account the interaction between the player and the environment where space-time-task interactions are established.

To improve the player's performance while performing specific work to minimize the risk of injury with the objective of preparing the athlete to optimize movement in the spatial-temporal dimensions required in the game. 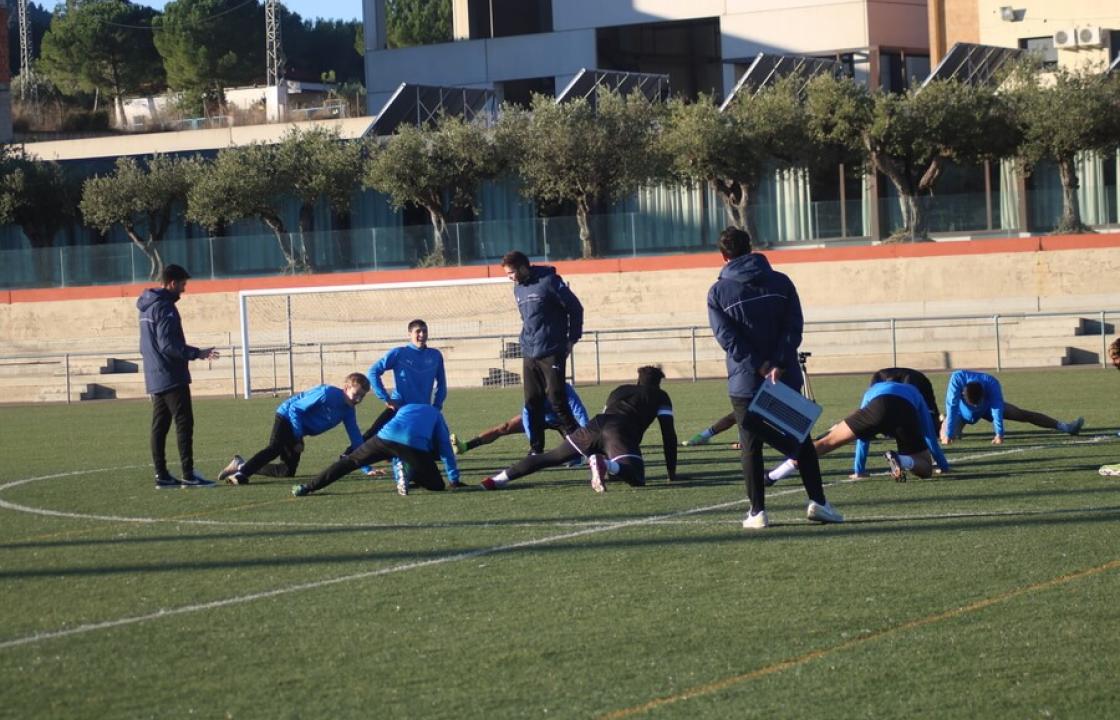 The different departments that make up the health area of our academy (physical preparation, nutrition, physiotherapy, cardiology and medical) designed questionnaires to obtain information on clinical history (Figure 1), dietary habits, previous injuries or knowledge about the type of training they have done in recent months with the aim of creating an individual profile of the athlete. 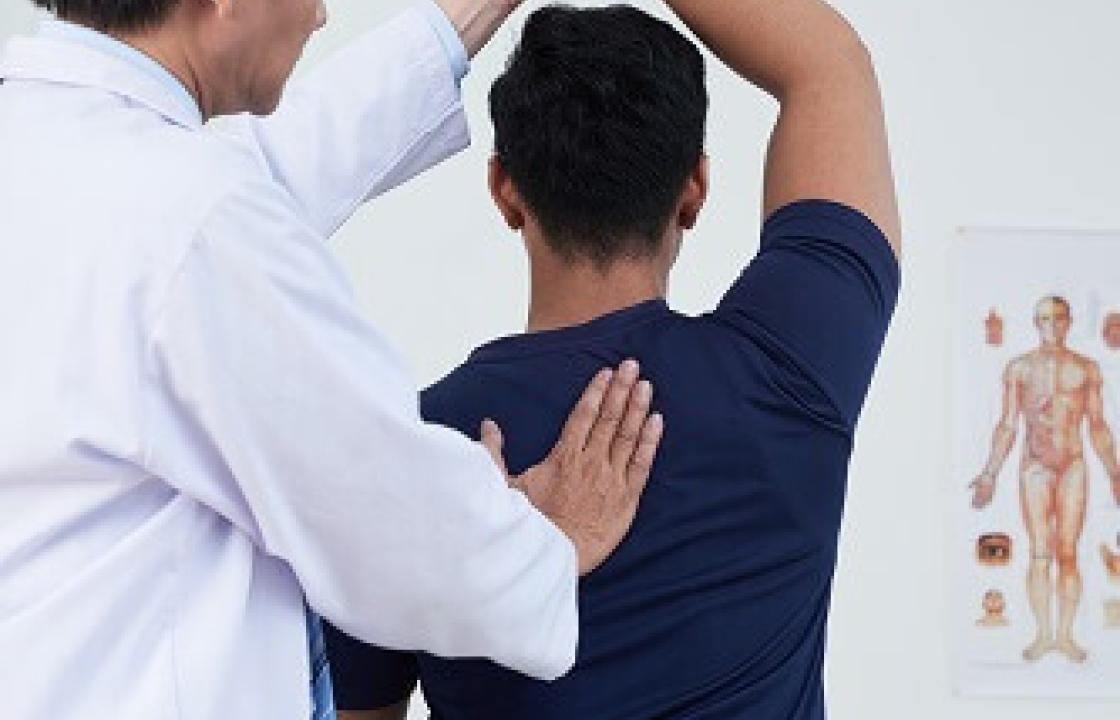 Responsibilities of the physical preparation department

Specifically, our department focuses on identifying which are the most common pathologies that we must know when we dedicate ourselves to soccer and elaborate an injury profile of the sport. To do so, we rely on the current and existing bibliography. We relate these pathologies with neuromuscular risk factors that predispose the athlete to suffer such injuries and then with this information or theoretical framework to have a safe criterion to decide which neuromuscular assessments we will include in our work system to have information tailored to the needs of our athletes in a more individualized way. 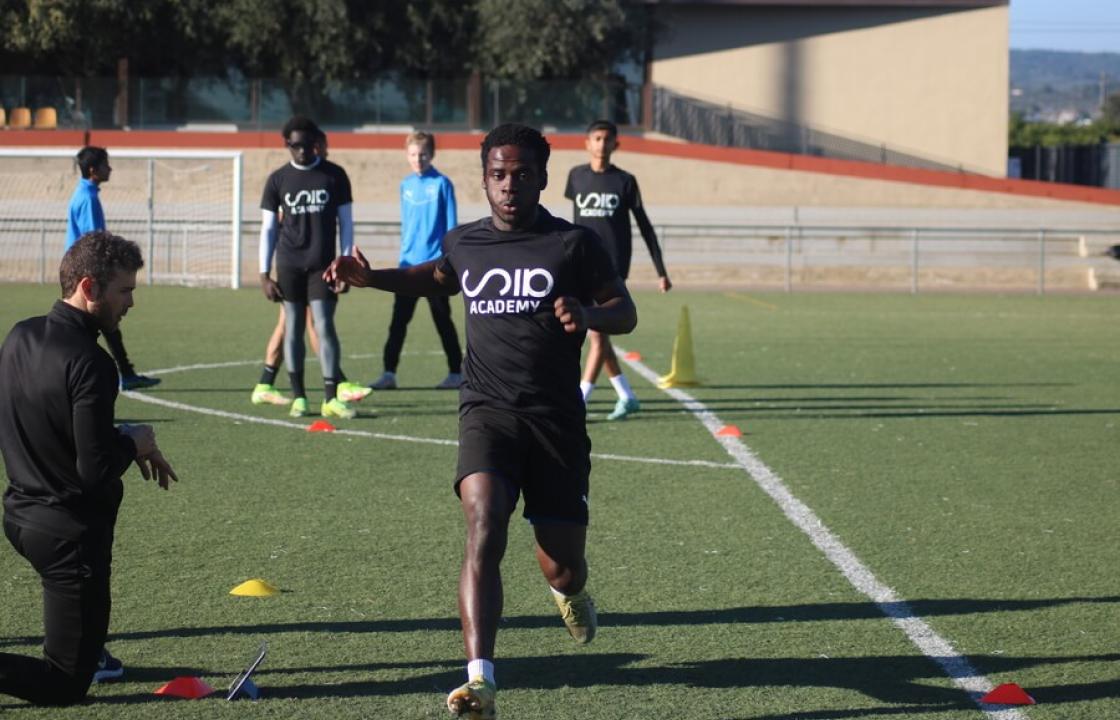 Both for UD SIA Beniganim players (Third Division team) and SIA Academy players, as they arrive at our facilities, we perform some tests to see if they have correct or normalized ranges of movement, observe if they have any shortening or dysfunctional asymmetries and see if they have any weakened area that may hinder the optimal work of the fundamentals and movement skills to allow them to develop their maximum soccer potential.

Then we perform some conditional assessment tests in the gym, to see the levels of strength and / or power they have and to draw their strength-speed profile, which will help us along with other tests, to see the weaknesses of our players and to individualize their training in the gym. In the case of the academy, the maturation of the athletes is recorded to see at what point they are (before, during or after PVC (peak growth speed)) and to see how we have to structure their training. 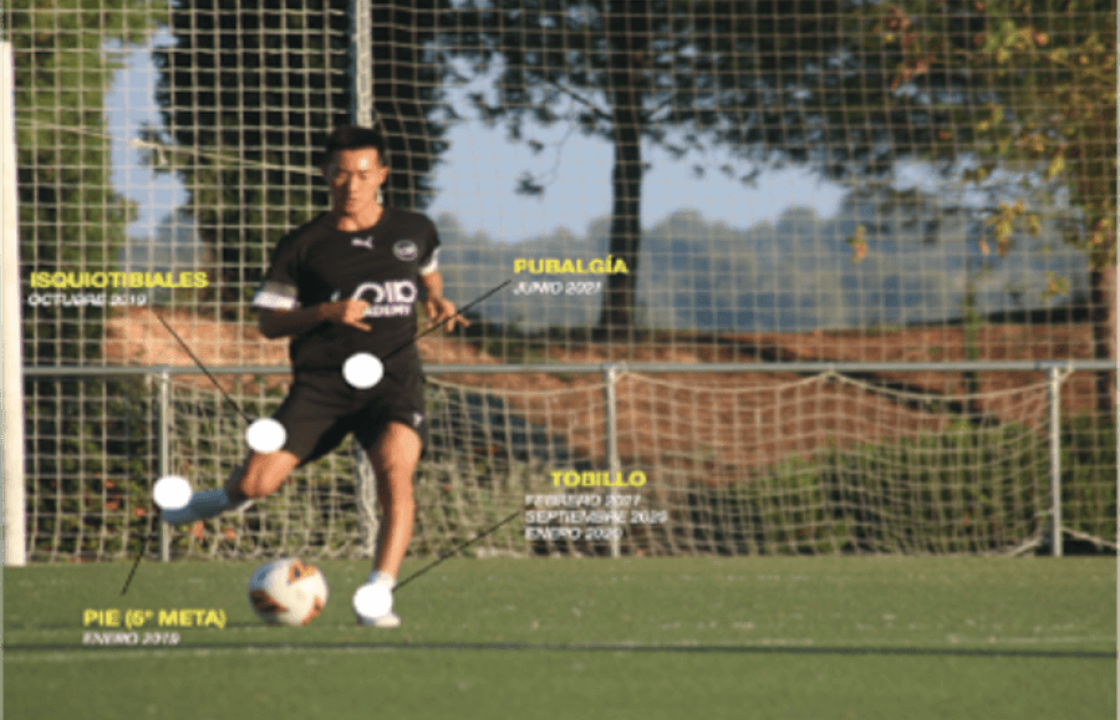 Figure1. Injury history of a player from our SIA Academy in recent years.

Once the tests in the gymnasium were completed, we performed the pre-established tests in the field. These are used to observe if they have a good running technique or during the sprint, multidirectional mechanics (Figure 3) such as the change of direction and other typical actions that can occur on the field. These last tests are performed between the second and third week, since we first need to have the stress tests, 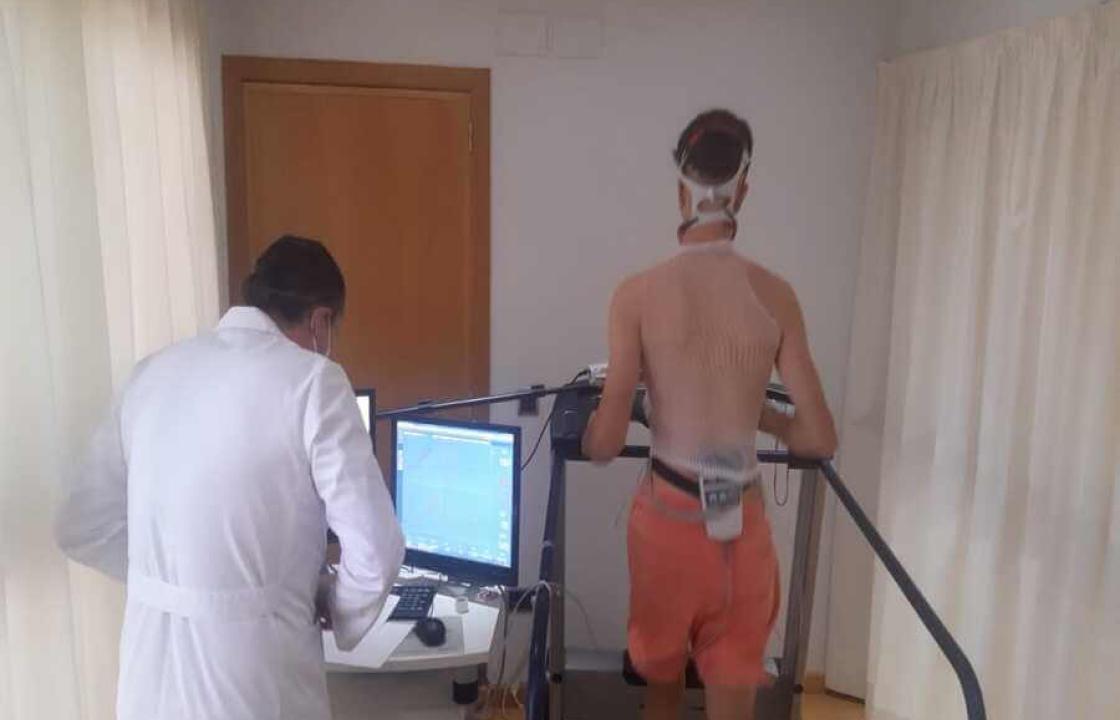 analytical tests, anthropometries (figure 2), etc., carried out in our clinic during the first week to ensure that everything is working properly and that they can perform the field tests without any risk. 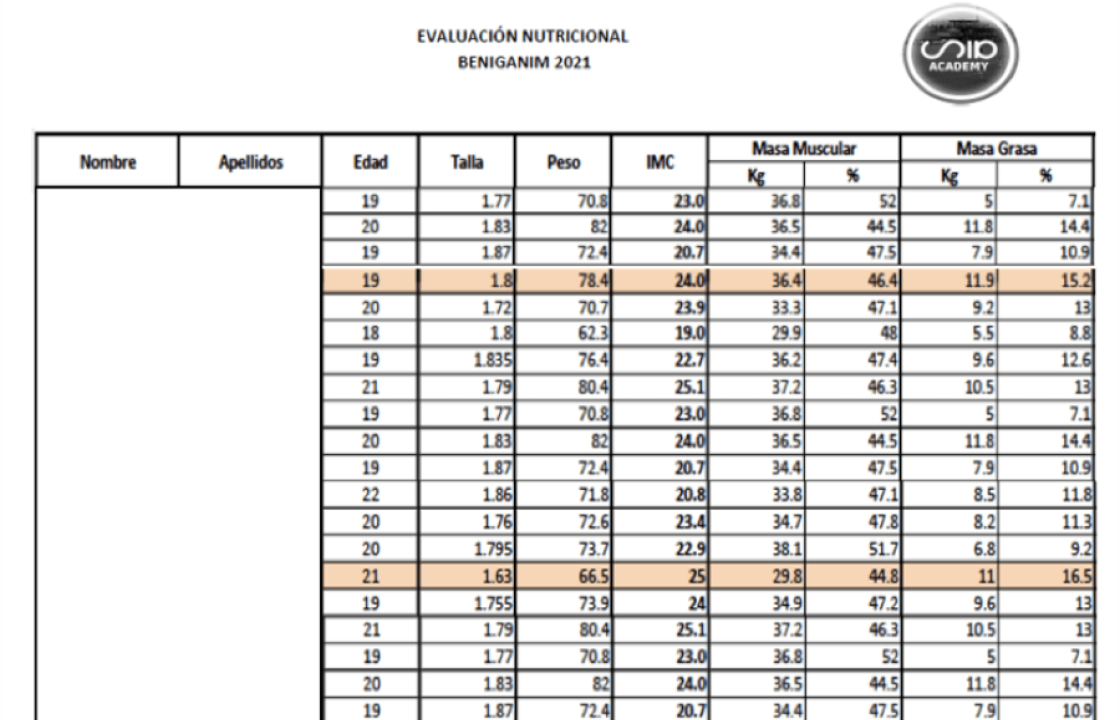 Once all the tests are done we collect and analyze all the information. We extract the absolute values and compare them intrasubjects because each player is unique and his goal must be to improve every day. Another aspect that we observe is the unilateral and bilateral facilitation that we can observe thanks to the different types of tests that we implement and from there observe if there are dysfunctional asymmetries in some of the limbs.

On the other hand, we can compare the data we obtain from the different assessments and interact between them. In this way we can obtain more information related to the subsystems and whether or not they interfere with each other. For example, when we deal with the change of direction and we increase the maximum average power in closed output if it has transfer in reducing the time of a change of direction test in the field or if it affects improving some aspect in another assessment. And finally, the qualitative aspect by analyzing how the movements happen.

Figure 3. It is a test where there are changes of direction. It is used to evaluate the speed and mechanics of the change of direction.

From here, all the departments in the medical area meet with their reports and together with the coaches we draw up a specific plan to optimize the performance of our players to the maximum and try to get them to adapt as quickly as possible in the case of academy players. 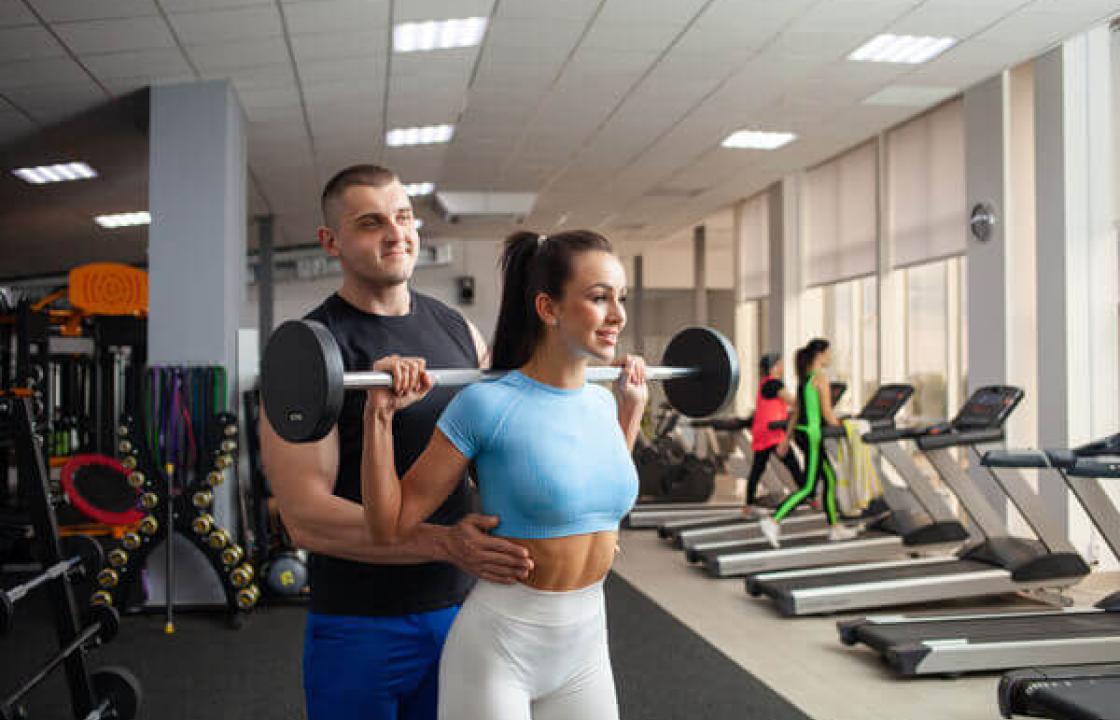 For the players of UD SIA Beniganim we elaborate short-term objectives with each of them to optimize their performance and to adapt as well as possible to the conditions required by the coach and the demands of the category. 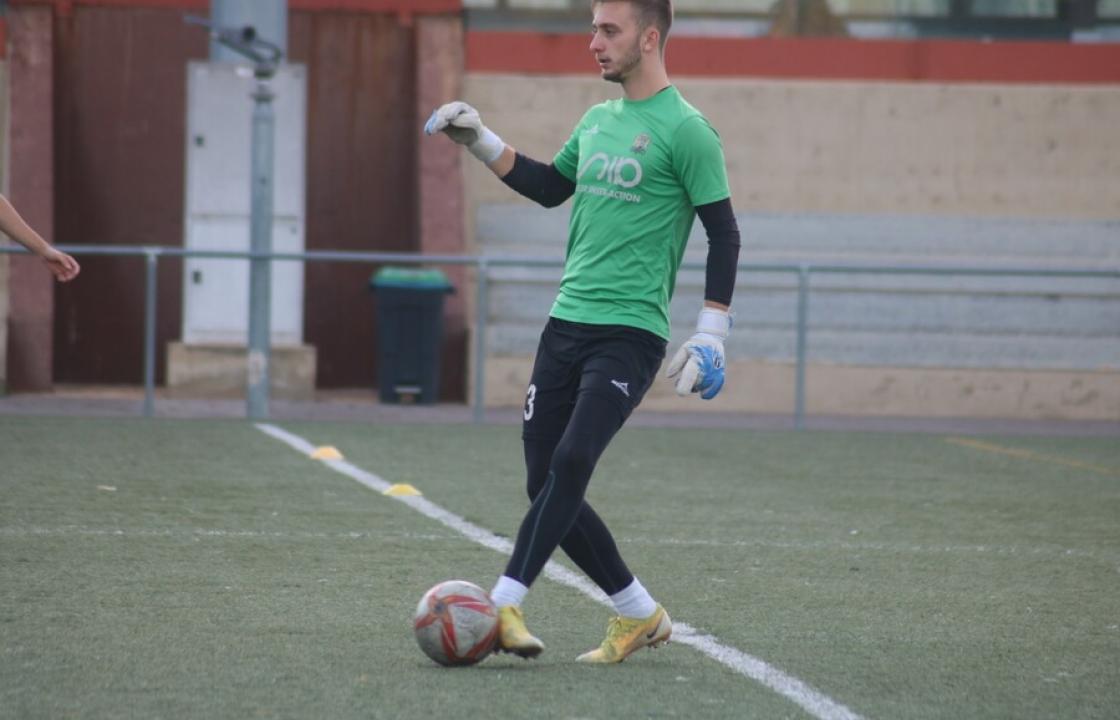 How do we plan a soccer team's preseason?

The first thing we have to take into account before starting to plan a preseason is that not all preseasons are the same. We cannot copy and paste what other colleagues do, nor can we adapt to everything that we have found in the different teams we have played for, since each team has a different context analysis.

For this reason, the first week of preseason is the anatomical adaptation phase and we have to start stimulating the body progressively because a high workload or excessive intensity can multiply the likelihood of injury to our players. 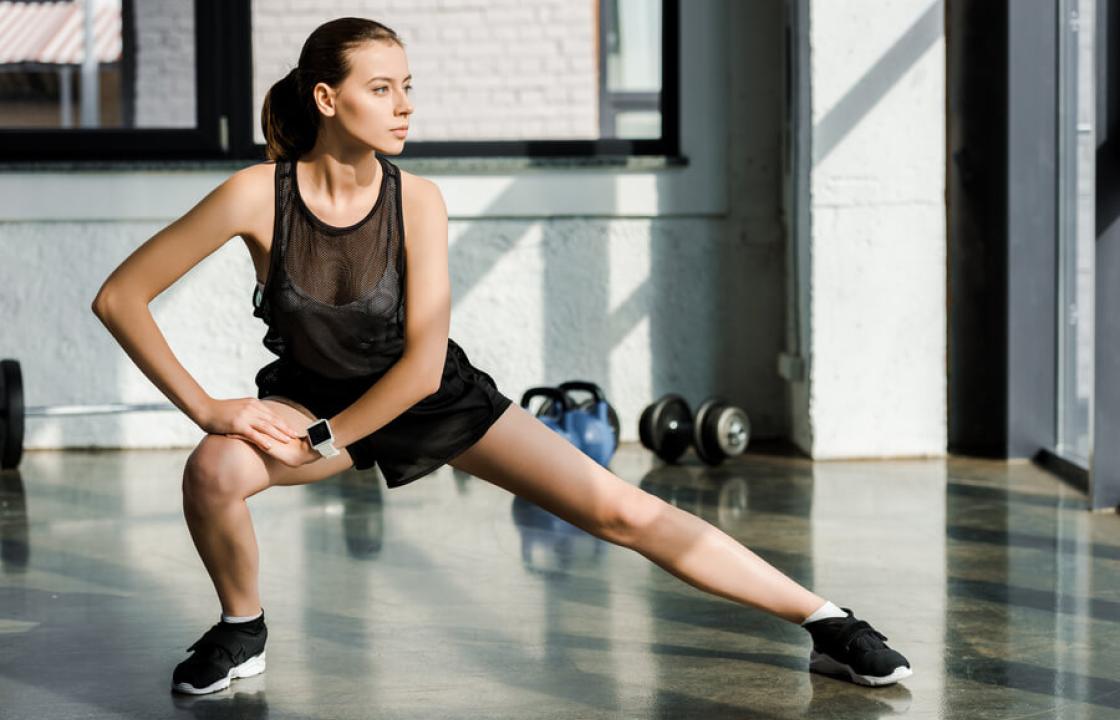 For this reason, it is important that the two weeks prior to the start of the preseason our players receive strength and aerobic capacity work to begin to adapt our players at the joint, muscle and ligament level so that this anatomical adaptation is as short as possible and we begin to gain time. 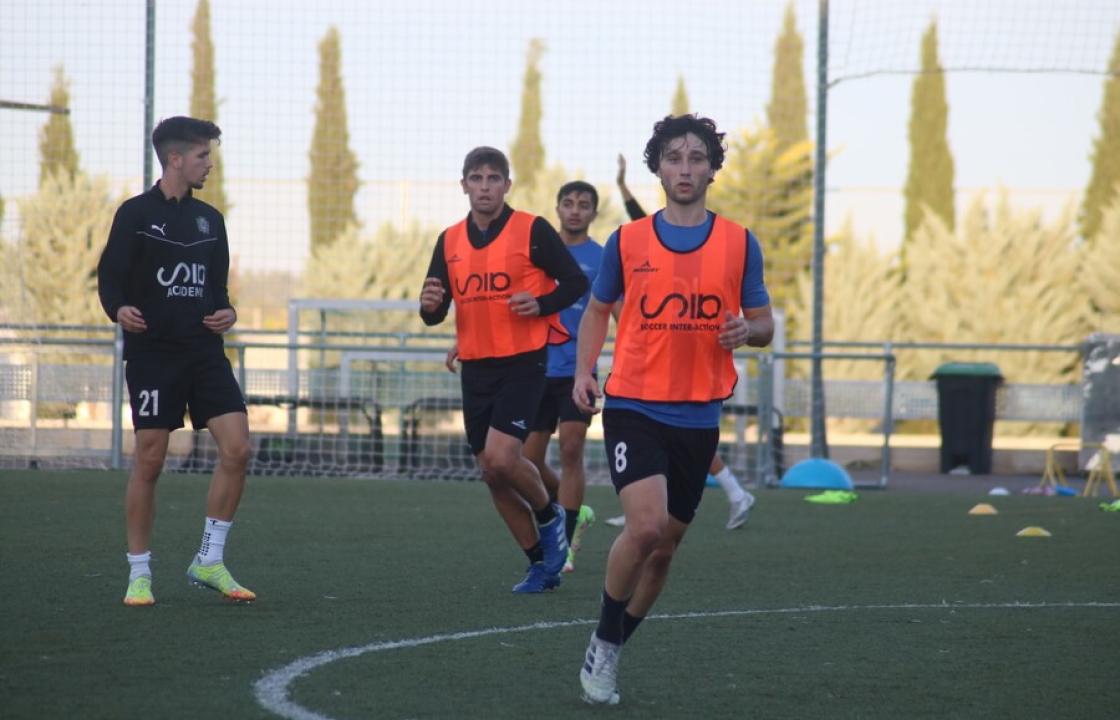 What do we include in the transitional period in the UD SIA Beniganim players? 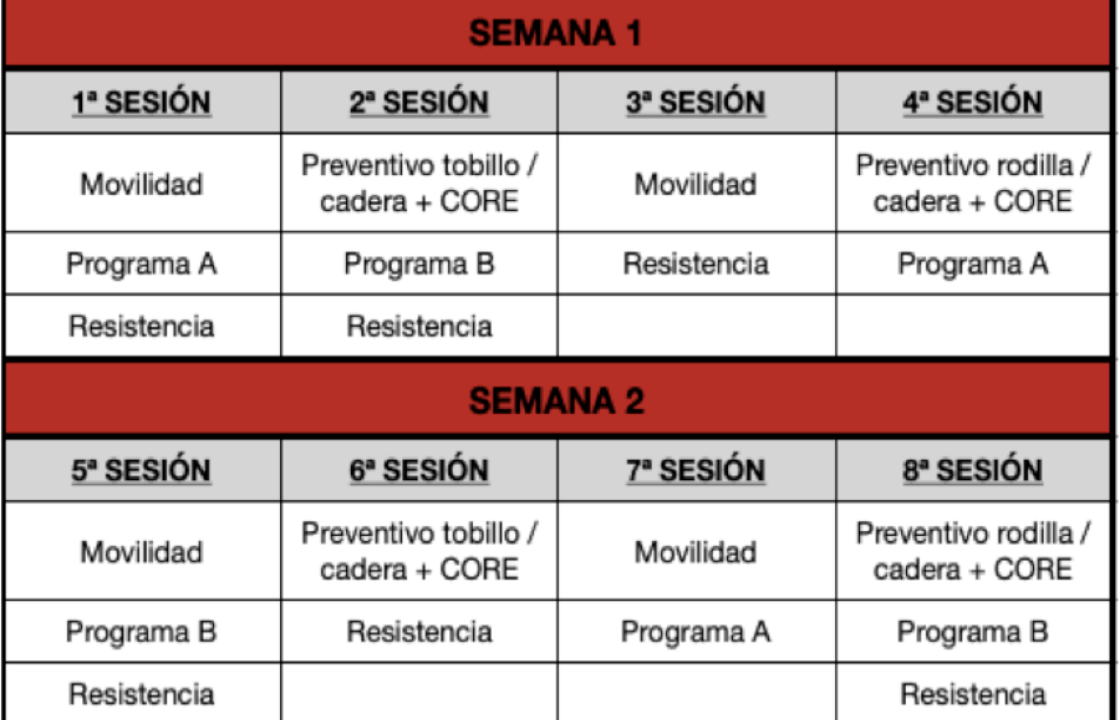 How do we design the preseason and what planning model does UD SIA Beniganim use for this period?

Our preseason is built with six weeks of progressive work taking into account the two weeks of transitional period proposed for them and a first week or week and a half for the anatomical adaptation phase.

To this end, we use the inverted "U" planning model in which we establish the greatest volume of work in the central microcycles (microcycles three, four and five) and a final microcycle of tapering or fine-tuning so that our players face the first week of the league in the best possible shape. 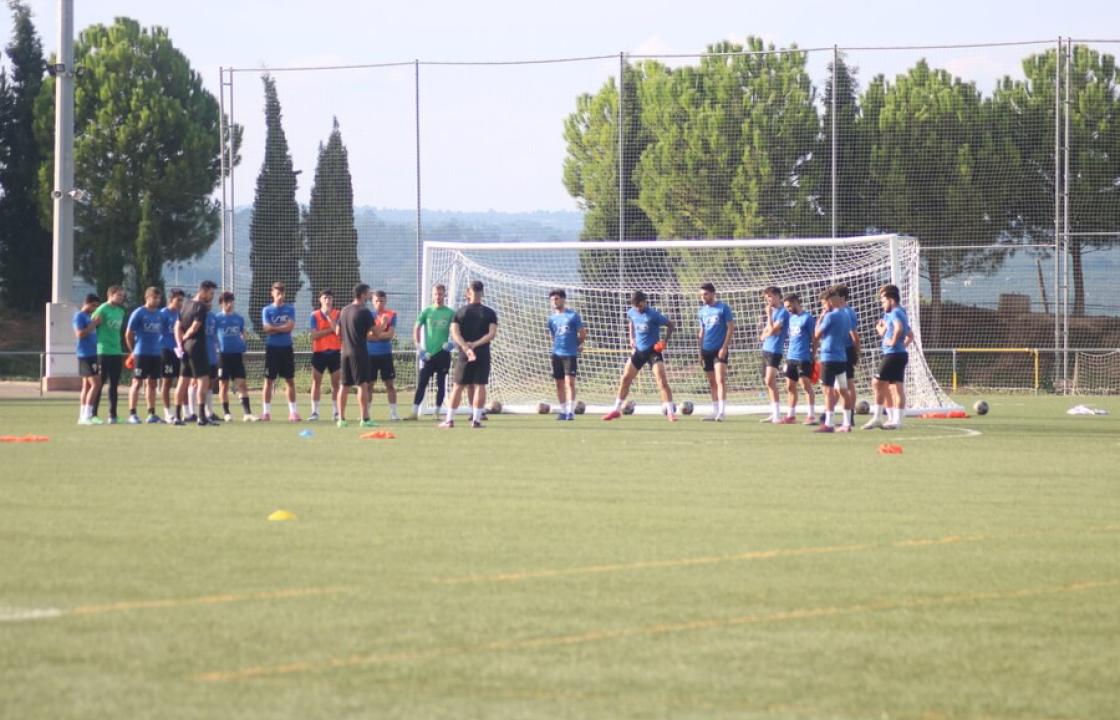 In the same way that this period is divided into microcycles, these, in turn, will be composed of a certain number of training sessions, which may vary between two and four per week (including two double sessions) plus the friendly matches.

The purpose of the sessions will be to develop the specific objective, set for the microcycle in question, through the strategies and to take advantage of the opportunity to implement the bases of the game model. It may not be possible to work on all the principles that define it, but we must prioritize which aspects are the most important. For this, the design of the tasks will go from the most general to the most specific to make a good progression of the loads.

The team's game model is important to know the demands and depending on the model be able to develop the training process requested by the competition. The performance and the events of the game model are conditioned by the interaction, synchronization and connection networks that arise from the players that share it, although we try to optimize it from the training process at a collective level from the tasks opened by the coaching staff. 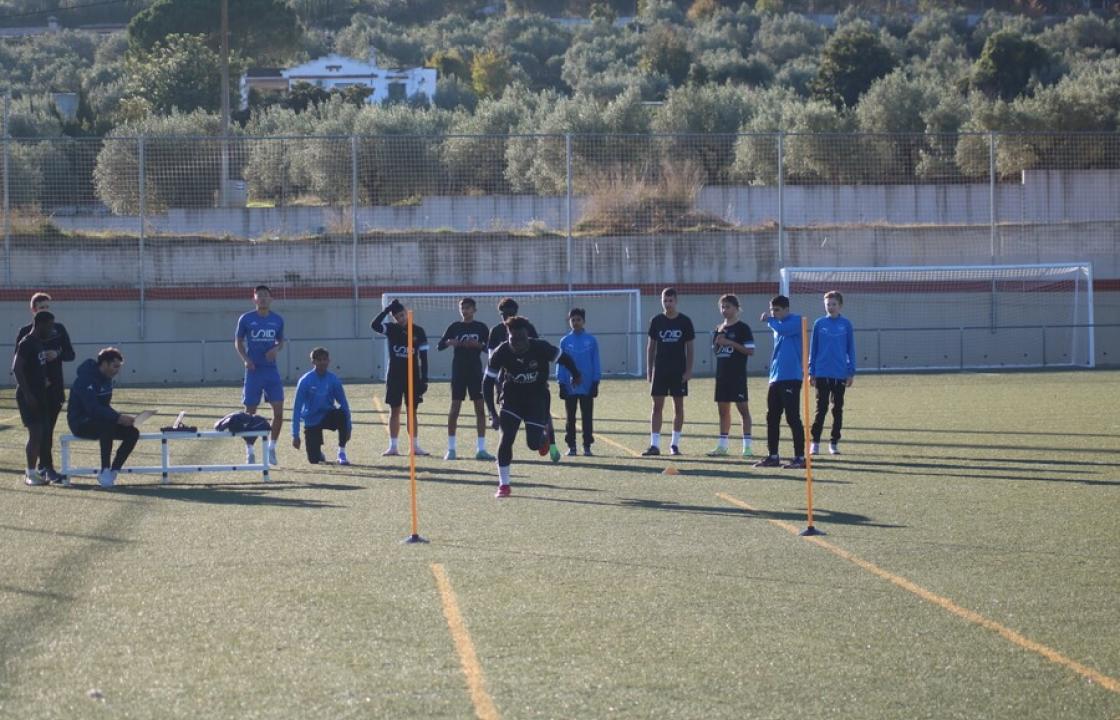 From the physical preparation department, we seek to complement the idea of collective work of the coach in a much more individual training process that can pay attention to the specific needs of the player. This is influenced by concepts such as training principles based on individualization, load progression, adaptation, continuity, load compensation and recovery or alternation of stimuli to which our players must constantly adapt. Moreover, we take into account the different levels of specificity from the bioenergetic structure to prepare the players in the optimal emotional and physiological attitude for the competition. 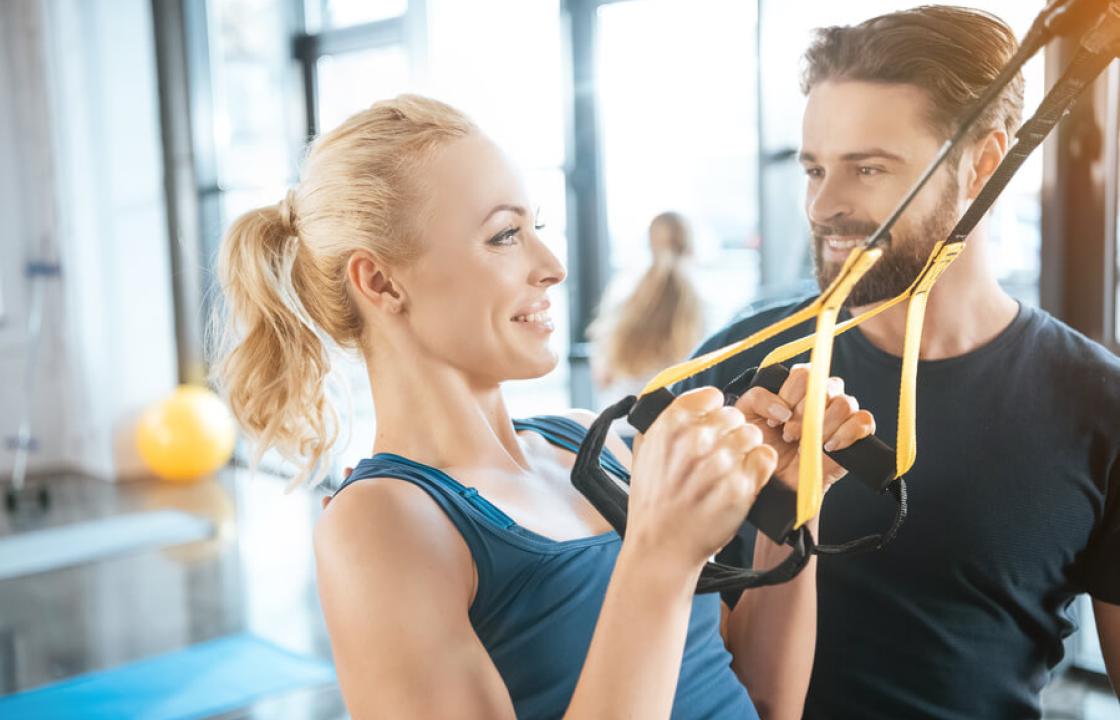 Soccer is a sport of an intermittent nature where high intensity efforts such as jumping, sprinting, changes of direction, striking and contact alternate with periods of incomplete recovery. Therefore, soccer players will need high levels of physical fitness, developing a specific combination of strength, speed and endurance, in order to perform at a high level throughout the match. 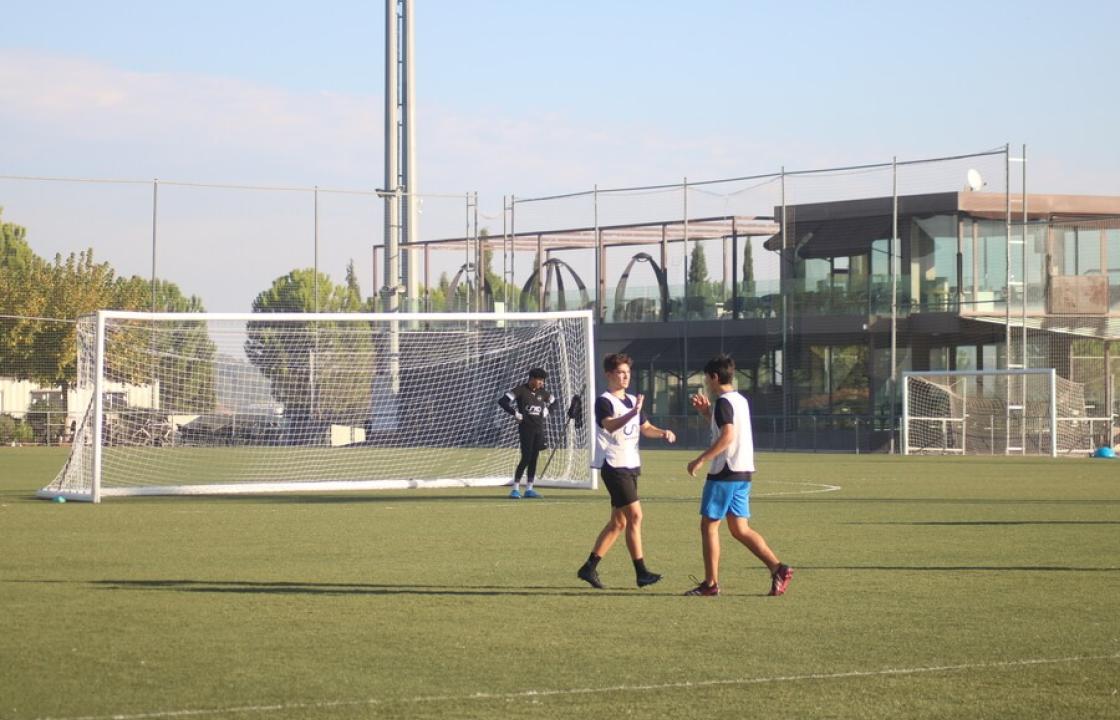 Of all of them, there is one that we give special importance in the academy and that we consider the basis of physical preparation: strength. Everything is strength (figure 5). Maintained over time and with less pause it will have a focus on endurance and, on the contrary, with more pause it will have an orientation towards speed.

From there, I divide endurance into capacity, related to the player's ability to recover, and power orientation related to training and improvement. On the other hand, the speed of displacement would have a greater relationship with the conditional orientation, the reaction speed would be more related to the mechanism of decision - perception - execution. 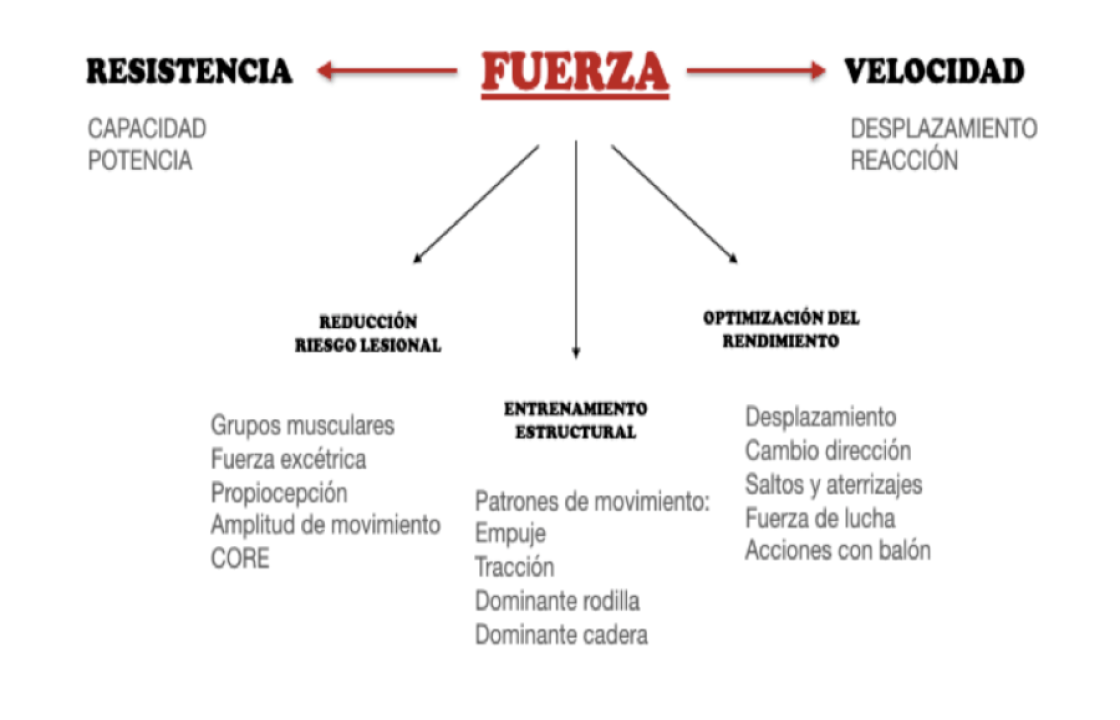 Figure5. Objectives of strength capacity work during the season. (Caballero, 2020)